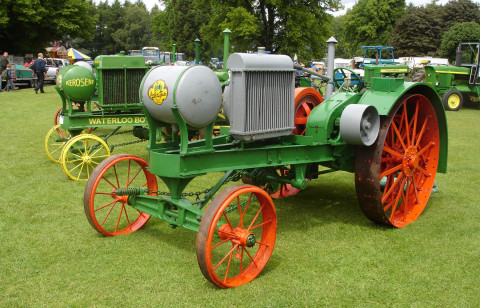 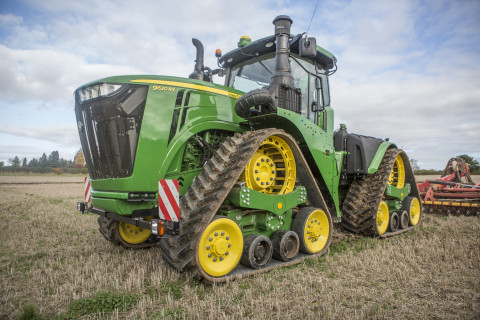 Join us at the celebrations!

This outdoor event will feature a display of the very latest John Deere machines alongside heritage products from the last 50 years as well as vintage machinery, entertainment, activities and fun for all the family.

Tallis Amos Group’s history with John Deere goes back to 1966. As one of the original Deere Dealers we are excited to be taking part in this event, and would love you and your family to join us for this celebration of all things John Deere.

We have arranged three coaches, leaving in the morning, travelling directly to the event near John Deere’s headquarters in Nottingham and then returning to the depot in the evening. A great opportunity to enjoy this special event with fellow John Deere enthusiasts.

Seats are available on a first come first served basis, there will be a small charge of £15 per person (£5 for children under 12) to secure a place.

To find out more and to reserve your seats, contact Sarah Jarret by email at; sarah.jarrett@tallisamosgroup.co.uk or by phone on 01568 613434

One hundred years of John Deere tractors will be on show at the John Deere 50 Celebration & Heritage Event at Langar near Nottingham on September 24 and 25, 2016, when John Deere Limited publicly celebrates its 50th anniversary in the UK and Ireland.

John Deere customers and fans are invited to join the anniversary celebrations by registering their attendance on the John Deere website at www.JohnDeere.co.uk/50years, with a chance to win special 50th anniversary merchandise in a prize draw.

As well as trade stands, static machinery exhibits and working demonstrations of tractors and implements, this special free outdoor event will feature activities and entertainment for all the family. These will include archery, laser clay shooting, falconry and skydiving displays, synchronised kite flying and live music. There will also be a range of local food and produce as well as a licensed bar.

A parade of 50 vintage, classic and modern John Deere tractors and machinery will start with a 1916 Overtime Model R tractor, belonging to Lincolnshire farm manager Malcolm Robinson. This will also include the iconic 4020 tractor, marking the beginnings of John Deere Limited at Langar in 1966, and represent every decade up to the present day, finishing with John Deere’s new flagship 620hp four-track 9620RX.

The Overtime tractor was given credit for helping the World War I effort by putting in many hours of overtime producing food for the war zone and the home front. John Deere’s first step into tractor production worldwide came in 1918 when the US company bought the Overtime’s manufacturer, the Waterloo Gasoline Traction Engine Company in Iowa, who also made the Waterloo Boy. This machine’s simple two-cylinder design became a feature of John Deere tractors for another four decades.

Later in the 20th century, John Deere three wheel, high clearance tractors came into East Anglia from America at the end of the Second World War under the Lend-Lease deal. For a short time in the early 1960s, a few dealers sold large John Deere tractors such as the 4010 – the UK’s first 100hp tractor – and 5010. These were imported from the USA by Lundell (Great Britain) Ltd of Edenbridge in Kent, who initially pioneered the use of large horsepower tractors in the UK, and who were bought by John Deere in 1962.

John Deere Limited started trading from Langar in January 1966, and the original premises are still in use today as the company’s visitor centre and national parts distribution centre. Of the original dealers who continued with the new company from that date, two are still John Deere dealers today and are owned by the same families – Ben Burgess in Norfolk and L E Tuckwell in Suffolk.

In addition to the 4020 tractor, several of the machines that represented the John Deere Limited product line in 1966 will also be at the event, including the first 5010 and 5020 tractors sold in the UK, ploughs, the C10 cultivator and the 530 and 630 combine harvesters.

“Aside from the historic two-cylinder John Deere tractors on display, the main focus of the event is to gather together examples of John Deere tractors and machinery sold through John Deere’s UK and Irish dealers from 1966 to 2016,” says heritage event organiser Peter Leech.

“At the moment we have registered tractors for every decade from the 1940s, but we would still love to hear from anyone with more recent machines, especially classic models from the 1980s and 1990s – even up to the modern 30 Series tractors. It’s an event for everyone, so tractors of all ages are welcome.”

Owners of old and new John Deere machines who would like to attend the event should submit an application form, downloadable from www.JohnDeere.co.uk/50years. The website also features more details of the history of John Deere Limited in the UK and Ireland, together with a timeline of key dates.